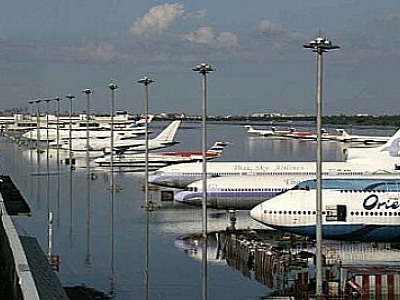 The government allocated 392 million baht to the Airports of Thailand Public Company Limited (AoT), with the AoT spending 1.2 billion of its own budget to rehabilitate the airport.

Aeronautical Radio of Thailand has also checked the safety standards of Don Mueang Airport and found that all systems, equipment and facilities were at full readiness to resume operations.

The AoT says it applied international sanitary standards to kill microbes and odour to ensure the facilities are toxin-free, assisted by the Department of Health, Faculty of Public Health, Mahidol University.

However, budget carrier Orient Thai Airlines will remain at Suvarnabhumi Airport for some time before moving back to its base at Don Mueang, which is mainly used for domestic flights.