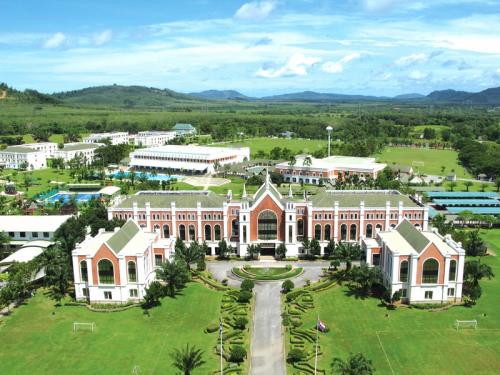 PHUKET: The British International School – Phuket (BIS), this morning issued a statement concerning the two teenage Russian students who are in hospital after a serious motorbike crash on the bypass road on Saturday (story here).

Neil Richards MBE, headmaster at the school, wrote in the statement today:

“On Saturday 30 March 2013, two students of Russian nationality, from the British International School Phuket, were involved in a serious accident on the Chalermphakiat bypass road. They were riding a motorbike when the accident happened.

“Both injured boys were taken to the Phuket International Hospital where they are in the Intensive Care Unit.

“To date they both remain under close observation and are receiving treatment. Police are investigating and assessing the cause of the accident, and it is not possible, at this stage, for the school to speculate on the outcome of their deliberations.

“The school is assisting the parents of the boys as much as possible, and the thoughts and best wishes of our entire community are offered to them during this stressful period,” Mr Richards wrote.

Meanwhile, sympathies for the two students have been pouring out on Facebook.

Lesya Tyshchenko posted, “That’s horrible. Saw them today and felt so sorry for them. Hope they would get better soon. Praying for them.”