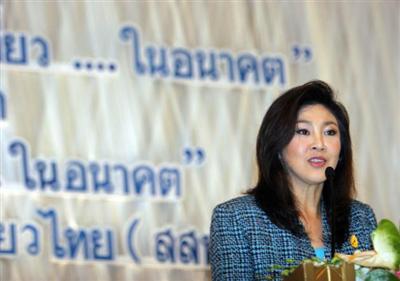 PHUKET: Hotels in Phuket and other Andaman coast provinces enjoyed the highest occupancy rates in Thailand in 2011, the Thai Hotels Association has announced.

Speaking at a forum organized by the Federation of Thai Tourism Associations on Monday, Thai Hotels Association (THA) President Prakit Chinamourphong said there was a chance that Thai hotels could raise room rates by 5-8 per cent this year, in line with the anticipated 8-10-percentage-point growth in occupancy.

However, prices cannot be raised much, as tourists have lingering concerns over floods.

Floods that would affect tourism do not occur in Phuket or the Andaman provinces, but these provinces did suffer some ‘knock-on’ effect from the serious flooding in Central Thailand last year.

Last year, the average occupancy rate for all hotels in Thailand was 59.2 per cent.
THA Vice President Surapong Techaruvichit admitted that hotel occupancy did not reflect a reported 19 per cent increase in arrivals, because of the emergence of “non-hotel accommodations” such as serviced apartments [and unregistered guesthouses].

Hotels in the North suffered the most, with average annual occupancy of only 45 per cent.

Prime Minister Yingluck Shinawatra told the forum that the Thai tourism industry has suffered from a series of bad news reports over the past few years, from the airport closure and political instability to the recent floods.

The recovery strategy should highlight two selling points: Thailand as a “cultural destination” and as an “Asean tourism hub”, she said.

The strategy should also be linked to the local tourism and trade-development plans envisaged and invested in by local administrative bodies. The private sector should focus more on India and the meetings, incentives, conventions and exhibitions (MICE) market, she said.

Targeting India could pay huge dividends if Thailand – now a destination for wedding parties – can attract 1 per cent of its 1.2 billion people.

To promote the MICE business, Thailand will host the World Economic Forum on East Asia 2012 from May 30 to June 1. This should create huge demand for luxury accommodations, while the government will use it to persuade large economies to help boost the Thai tourism industry, PM Yingluck said.

Tourism is the first thing to get foreigners acquainted with Thailand. Later they will make investments in the Kingdom, she added.

Sisdivachr Cheewarattanporn, president of the Association of Thai Travel Agents, said the four-year tourism strategy should also include developing more attractions such as a “Thai Disney World” and maintaining existing magnets, he said.

Amid fierce competition from other Asean countries, Thailand can no longer get away with just selling its beaches, he added.

The prime minister should prepare a clear plan with the tourism minister to guarantee proper implementation and budget allocation, he said.

The Tourism and Sports portfolio remains in the hands of Tourism Minister Chumpol Silpa-archa, who took over the post in January 2009 and survived the recent cabinet reshuffle.

Mr Sisdivachr said the tourism industry lacks a sustainable development plan and the full support of the government. With better support, more visitors would come to the country, he added.

Somchai Pakapaswiwat, a political science and economics scholar, urged tourism operators to look beyond Asean in promoting the industry.

They should focus more on countries that have forged free-trade agreements with Thailand, such as members of the Asia-Pacific Economic Cooperation forum and Latin American countries.

Expansion is necessary as the European market is ebbing in the aftermath of the debt crisis, he said.

Phuket Sports: Krabi down the Lomas