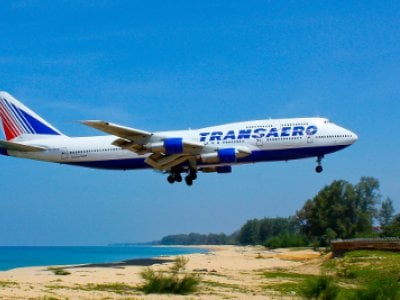 “We held a meeting to discuss the possibility of PIA becoming the alternate [main] airport in case Suvarnabhumi Airport is unable to operate,” said an AoT Phuket spokesperson yesterday.

“We are now happy to announce that PIA is ready to be used as the EOC,” she said.

Although Phuket has already entered its tourism high season and the airport is bustling with air traffic, the spokesperson said Phuket Airport was prepared to take on the role.

Staff at the airport will prepare special areas in case of a further increase in air traffic, though they will only be able to handle additional flights at specific hours.

“The construction of the dykes is very strong and capable of preventing the flood waters [from reaching the airport]. Last week, the Department of Highways drilled the dykes to test their strength and has found them to be highly secure, as long as the water level is lower than 3.5 meters,” Mr Somchai added.

Mr Somchai also confirmed that the airport was operating as usual, still averaging about 100,000 passengers and 900 flights per day.

The PIA has confirmed that all flights between PIA and Suvarnabhumi Airport are still operating as scheduled.