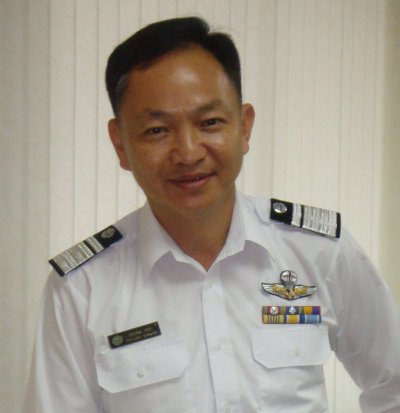 PHUKET: The director of Phuket International Airport was transferred from his post yesterday amid a disciplinary investigation regarding a group of South American passengers who flew out of the airport without passports.

Airports of Thailand (AoT) told the Phuket Gazette today that Prathuang Sornkham was been transferred during the investigation and will become a “Senior Specialist 10” AoT executive.

AoT declined to comment on the location of Mr Prathuang’s new posting.

The action stems from an incident in October last year when nine Paraguayan passengers left Phuket International Airport aboard an Emirates Airline flight without passports, AoT president Serirat Prasutanond said after a meeting on the issue yesterday.

An initial investigation conducted by AoT found that five or six of its Phuket officers were involved in the ordeal, he said.

Narongchai Tanadchangsaeng, deputy director of Suvarnabhumi Airport, has been appointed president of the disciplinary investigation committee, which is expected to conclude its work within 15 days.

Flying Officer Passakorn Surapipith, a Senior Advisor 10 executive of AoT, will be acting director of Phuket International Airport until the results of the investigation are announced.