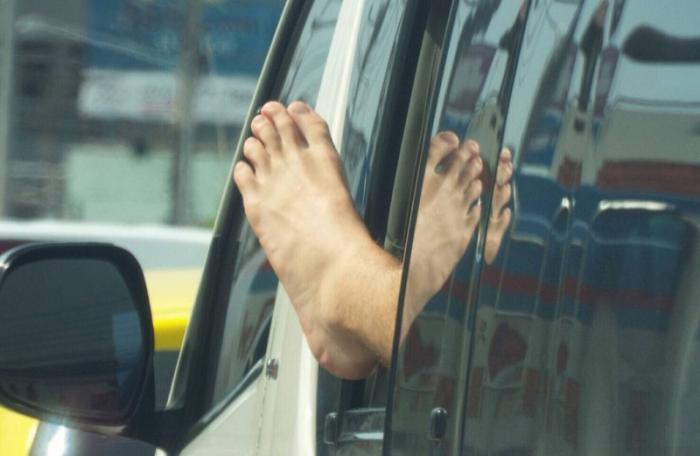 PHUKET: A foreigner who stuck his foot out the window of a passenger van has received a lot of criticism on social media after pictures of the incident were posted online.

The pictures were taken two weeks ago by a Facebook user, who wishes to remain anonymous, driving behind the van on Thepkrasattri Road near the Bang Koo junction in Koh Kaew. He says he passed the van later and saw that it was a foreign passenger.

While some made light of the incident by saying it was a funny new way of greeting invented by foreigners, others said they understood that people came to Thailand to relax and enjoy themselves, but that this kind of behavior was inappropriate and dangerous.

The Facebook user said that the purpose of posting the pictures was not to shame anybody, but just to let others know how they are expected to behave in Thailand, and that foreigners should consider whether or not they would do something like that in their home country.

The user also said that tour companies, guides and transport operators should inform tourists about refraining from unacceptable behavior which hurts the image of Phuket as a tourist destination.