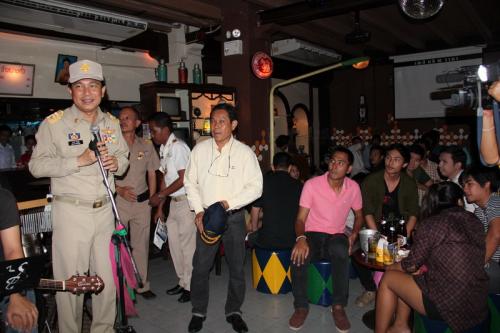 PHUKET: Phuket Governor Maitri Inthusut has launched a campaign to conduct random drug tests at bars and nightclubs across the island.

“We will also check that the entertainment venues are legally registered as well,” he added.

“We did not find anyone who tested positive for drugs and every entertainment venue we inspected was registered legally,” Gov Maitri said.

“We will keep randomly checking entertainment venues in other areas around the island,” he added.