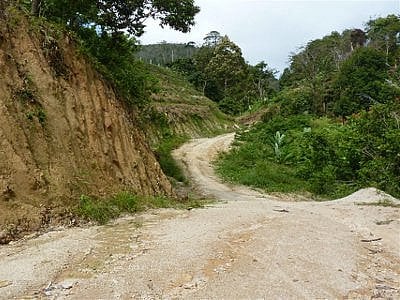 PHUKET: The shortcut between Chalong and Patong, directly across the Nakkerd Hills, was omitted from a 93.5-million-baht Department of Rural Roads project to upgrade unsealed roads throughout Phuket.

However, the plan to upgrade the Chalong-Patong route was scrapped because the project would have taken years to receive approval for its Environmental Impact Assessment (EIA).

“The difficulties [of passing the EIA] combined with our limited budget called for us to cancel [paving] that route,” Mr Teeraporn said.

The initial EIA for that route failed, he added.

The Dust-free Roads project was approved in October last year and construction began in December.

Funding for the project was provided under the Thai Khem Kaeng national economic stimulus plan, which is due to close by September 2012.

The 12 road upgrades were: