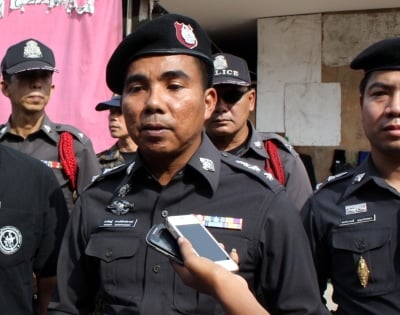 PHUKET: Patong Police and about 50 Kathu Territorial Defense volunteers stormed a venue thought to be a “huge” casino in Phuket’s main tourist town only to “go bust” and be forced to leave the premises without a single chip.

“We went to the place identified in the report, which are rental shop units B5 to B10. We also searched a premise attached to the shop units, a former bar called XTC,” said Lt Col Akanit Danpitaksat.

“We found nothing that could be used for gambling and nothing illegal. All we saw was living accommodations and a laundry shop,” he said.

Though the “big raid” left police empty handed, Lt Col Akanit said that two raids of small gambling dens in the last two weeks had netted between eight and nine people each.