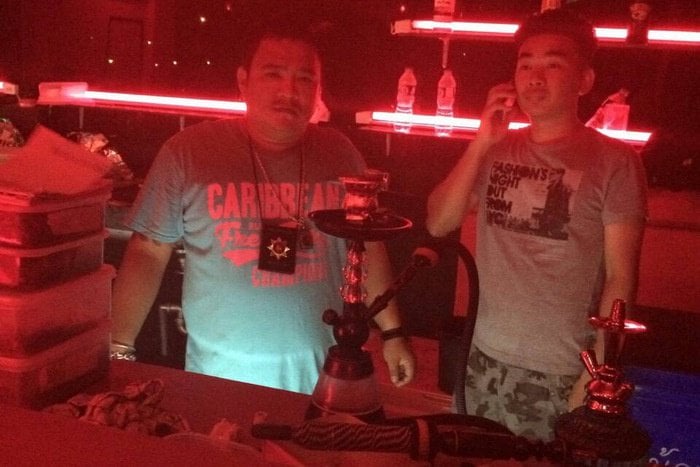 Barkeeper and Myanmar national Tan Ser U was arrested in the raid of the Red Sky Bar on Sirirat Road at the southern end of Patong at 2am.

“We found him in possession of three kilograms of shisha tobacco and we seized water pipes that were provided to customers to inhale it with,” said Siripong Leeprasit, head of the internal security division at Kathu District Office.

The raid was conducted as part of the campaign to prevent teenagers from indulging in baraku, which is illegal in Thailand, Mr Siripong said.

However, no teenagers were in the bar at the time of the raid.

“Most of the customers were tourists,” Mr Siripong confirmed.

“We will continue these raids throughout Kathu District to make sure that bars are not offering baraku.”

Mr Tan was taken to Patong Police Station, where he was charged for the possession, concealment and selling of an illegal tobacco product.

As Mr Tan confessed that the tobacco was his, police are not looking to press charges against the venue owner, Mr Siripong confirmed.

Phuket gears up for the ‘Year of the Goat’