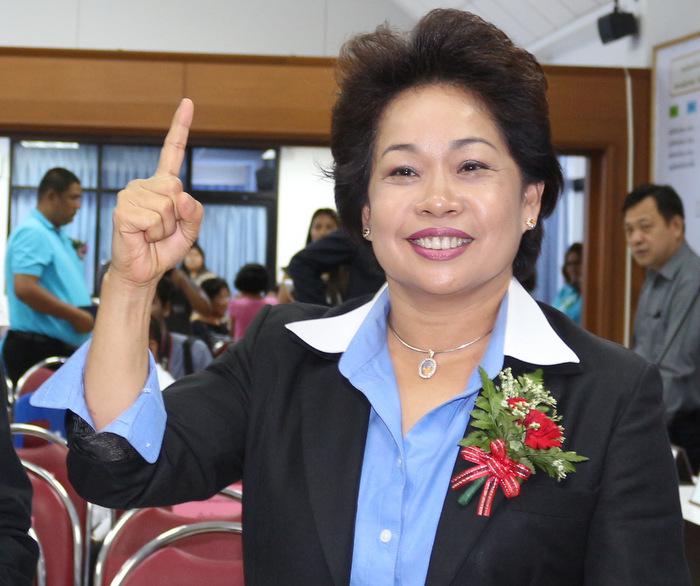 PHUKET: The sale of alcohol will be banned throughout Patong tonight and tomorrow (including tomorrow night) as residents go to the polls to elect a Patong Mayor and several new councilors.

Ms Chalermluck, a Phuket native, is a veteran of island politics, who was voted to serve as a Phuket MP in 2001 (story here).

Mr Pian and five councilors – but not current mayoral candidate Mr Kittisan – were suspended from office in September last year over allegations of vote fraud in the 2012 council polls.

All six men were declared guilty on March 7, prompting the call for fresh elections to be held this weekend (story here).

Although the polls will be open on Saturday only, under election law, an alcohol ban will start at 6pm today and continue through to midnight tomorrow.

Anyone who breaks the law faces a fine of up to 10,000 baht, six months’ imprisonment, or both.

“This Saturday is our election day. Please show up as we need your votes for Patong Mayor and to fill the four vacant seats on the Municipality Council,” Mr Poonsak said.

Meanwhile, Patong will face another weekend of lost nightlife trade due to elections. The Patong by-election will be the fifth election alcohol ban in Phuket within just two months (story here).