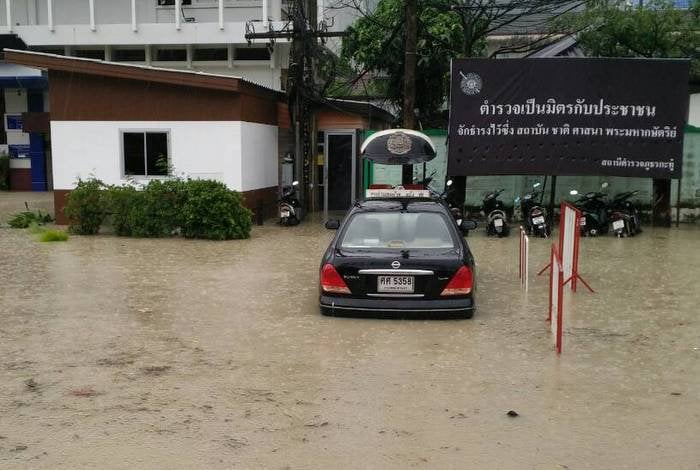 PHUKET: Patong Police are knee deep in water as their station was inundated by flooding this morning.

“There is about one meter of water in some parts of the station. It happened so fast this time that we were unable to clear everything,” Deputy Superintendent Akanit Danpitaksat of the Patong Police told the Phuket Gazette. “We will just have to see how much damage was done once the water clears.”

Lt Col Akanit had no time frame for when the water would be drained from the office, as it was still raining when he spoke with the Gazette.