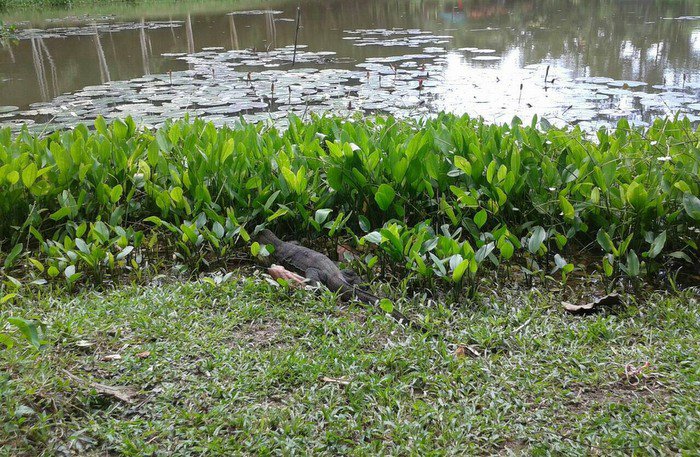 PHUKET: Kusoldharm Foundation rescue workers captured a 20 kilogram monitor lizard at a house in Phuket, as heavy rains inundated the island this morning.

“It was quite a big monitor; about one-meter long,” Kasun Naepnean, a rescue worker, told the Phuket Gazette. “It was very strong, and difficult to catch.”

It took the team about 30 minutes to capture the reptile, which had found its way into the bathroom of a home in Villa 3.

This morning alone, Kusoldharm Foundation workers received calls to remove a cobra and a python.

“On average, we receive about five cases a day that require us to handle snakes,” Mr Kasun said.

“It’s not just during the rainy season; dangerous animals can appear anywhere on the island, no matter what season it is.

“Please be careful. Just call us instead of trying to catch the animals yourself.”

The monitor lizard was released at the Bang Pae Substation in Thalang.