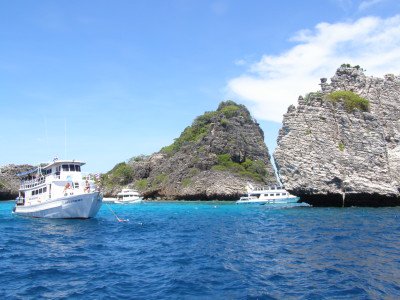 PHUKET: Reactions by key figures in Phuket’s tourism industry are mixed over the recent ban on alcohol inside 110 national parks nationwide.

However, many agree that the rule will be very difficult to enforce at marine national parks.

“This year we focused on the Russian market only. The culture of the Russians is that they love to drink and have a good time. The atmosphere on the island is calm and relaxing, nice for enjoying a few drinks,” he said.

Other regulations, such as the ban on campfires and other beach activities, previously introduced, had put enough of a damper on tourists’ fun, he said.

“Now nobody is booking the trip [to the Surin Islands] because they can’t do anything there,” he said.

Mr Pracha was skeptical that authorities would be able to prevent tourists from smuggling alcohol into park territory.

He also thought the ban was hastily issued, coming after the isolated death of a student at Khao Yai National Park in Surat Thani.

Surapong Janin, a manager at the Kuraburi Greenview Resort & Travel company that runs speedboats to islands off Phang Nga, said the management at the national park restaurants had complied with the new order by ceasing alcohol sales there.

The islands are not appropriate for drinking sessions because the generators stop at 10pm and all the lights go out, he added.

Thus far he has not noticed anyone sneaking alcohol onto the island, he said.

John Gray, who runs John Gray’s Sea Canoe, said, “I think it’s great. Alcohol is worse for you than heroin. I used to be in medical research. The worst things you can do are drinking alcohol, smoking cigarettes and eating red meat.

“I am all for it [the ban], especially because alcohol and boats don’t mix. I’ve been running dry boats since I started in 1983 and I don’t allow people to drink or jump off the top deck,” he said.

Gazette Poll: Phuket has too many hotels