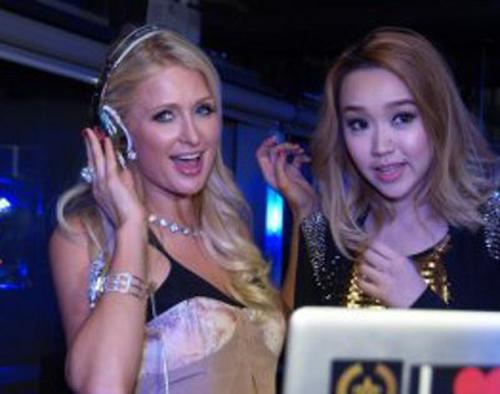 PHUKET: The “Paris Hilton” New Year beach bash organized by Sydictive Element on Surin Beach has, after strong opposition, finally been approved, local officials have confirmed to the Phuket Gazette.

The approval came after Sydictive Element assured the local government that they will take care of three key areas of concern, Ma-ann Samran, president of the Cherng Talay Tambon Administration Organization (OrBorTor) explained.

“They guaranteed that they will be responsible for public safety and drug control; maintaining cleanliness on the beach; and they will extend assistance to beach vendors to ensure their livelihoods do not suffer,” he said.

“They have not told me how they are going to deal with all these problems… They just said they will manage them,” Mr Ma-ann said.

Phuket Governor Maitri Inthusut has also thrown his weight behind the event after Mr Ma-ann announced that he had come to an agreement with the organizers.

“Since Ma-ann and the Marine Department have already given their permission for the event I am okay with it – it’s already been approved. However, I have not been informed of what compromises Sydictive has made to ensure the event’s success,” Gov Maitri told the Gazette.

Gov Maitri initially feared that the event would cause beach vendors to lose business and residents would be disturbed by the noise and crowds. He suggested that the event be downsized to a more manageable size, as Sydictive originally expected the beach bash to attract about 50,000 revellers.

“Scaling down the party could provide an opportunity for beach vendors to work as usual and perhaps earn more. Furthermore, it will cause less of a disturbance to residents,” he said.

“I have given my permission for the party to go ahead,” Mr Phuripat told the Gazette. “They [the party organizers] presented their plan to deal with the problems of having such a large party, and I was satisfied with their arrangements.”

Chanchai Duangjit, director of the Tourism Authority of Thailand Phuket Office, confirmed that he also was willing to support Sydictive’s event on condition that they resolve concerns held by the vendors and local residents.

“If they can convince us that the plans to prevent problems that might arise before, during and after the party will work, and if those plans [appear to us to be] reasonable and practical, then I am more than happy to support them,” said Mr Chanchai.