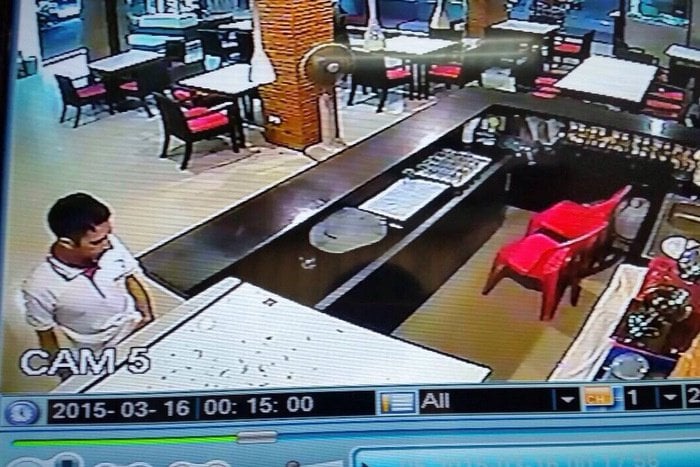 PHUKET: A Pakistani man caught on CCTV robbing nearly 200,000 baht in cash from guests’ safe-deposit boxes at a Patong resort has been arrested in Haad Yai.

Officers arrested Paris Azeem, 21, at about 10pm on Wednesday after Patong Police tracked him from Phuket to Bangkok to a rented room in Haad Yai, in the southern border province of Songkhla.

“There were Turkish lira, Indonesian rupiah, Australian dollars and euros – altogether worth about 200,000 baht.”

Police were alerted to the robbery after guests at the Alfresco Phuket Hotel on Phang Muang Sai Kor Road in Patong reported their valuables missing.

“We checked the hotel CCTV cameras and saw Mr Azeem in the reception area just after midnight on Sunday,” said Lt Col Sutthichai Thianpho of the Patong Police.

“Cameras recorded him stealing keys to nine guest rooms and the matching keys to the safe-deposit boxes in those rooms.”

Mr Azeem has been charged with theft, Col Sutthichai confirmed.

“We are proud to have arrested this suspect with cooperation from the Songkhla police via the LINE mobile phone app,” he said.

“It made communicating with officers in other jurisdictions faster and easier. Patong Police were able to send out alerts and photos of the suspect taken from the CCTV and immigration police via the phone app.”

Aussie charged for fatal Phuket stabbing in court on Monday