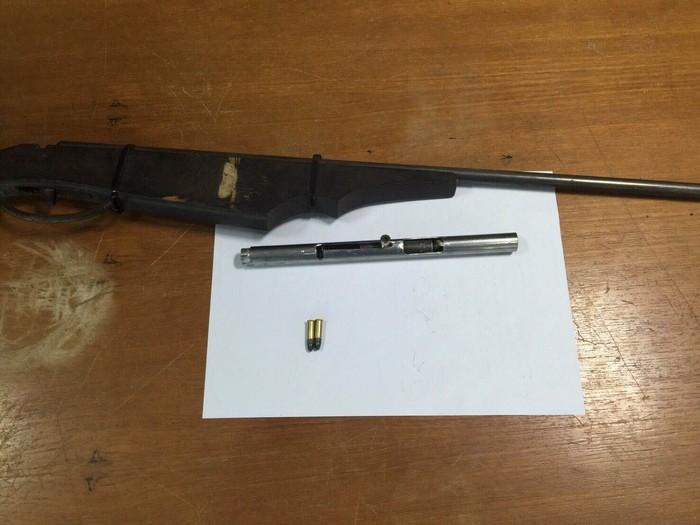 PHUKET: Two men were arrested after a police raid on their Kamala house turned up illegal firearms and ammunition on Wednesday.

Col Sirisak Wasasiri of the Kamala police said officers were tipped off by informants that the suspects possessed illegally obtained and homemade weapons.

“Thitiwat Prateep Na Thalang,19, a Phuketian, was found in possession of two guns and two .22 caliber bullets,” Col Sirisak said. “He was charged for illegally possessing firearms and ammunition.”

“Anuchait Kwansri, a 28 year-old Krabi native, was also found in possession of two of .22 caliber bullets. He was charged with illegal possession of ammunition,” he added.

Col Sirisak said the tip-off led to the arrests as Mr Thitiwat liked to boast about his guns online and purchase ammunition through Facebook.

Shootouts among students using homemade .22 caliber pen guns have resulted in a rising number of deaths not only in Phuket but also nationwide (story here)