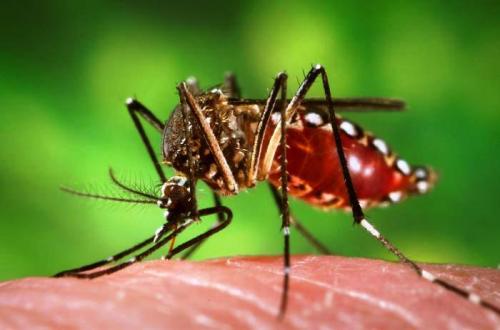 PHUKET: With three recent deaths from Dengue Fever in Phuket and 59 deaths nationwide this year, the Phuket Public Health Office (PPHO) yesterday held an emergency meeting to renew their efforts to stymie the spread of the disease this rainy season.

The meeting comes in the wake of Public Health Minister Pradit Sintavanarong urging all hospitals to diagnose their patients carefully, as the national number of infected persons climbs to about 49,000, reported the National News Bureau of Thailand.

The most recent Dengue Fever death in Phuket was that of 21-year-old University student Janjira Dispan.

Ms Janjira first saw clinic doctors on June 7 as she fought her second round against Dengue.

Ms Janjira was reportedly overweight and had contracted the disease before, both factors which made her more susceptible to succumbing to the disease according to PPHO chief Bancha Kakong.

She was admitted to the hospital three days after her initial clinic visit and died on June 14.

“We are taking this problem very seriously with our ‘333 strategy’ [story here] and have already cut the average number of weekly cases from 80 to 40,” Dr Bancha said. “However, the recent heavy rains are making many small stagnant pools of water, which are ideal mosquito breeding grounds.”

“People of all ages need to be aware of the dangers of Dengue Fever.

“Overweight people, those getting Dengue for a second or third time and those between the ages of 15 and 25 years old all have a higher mortality rate,” Dr Bancha told the Phuket Gazette.

The doctor asked that anyone fearing that they might have contracted Dengue Fever avoid using Aspirin and Brufen, and report to a hospital two days after the first symptoms appear.

“The most dangerous time for a Dengue Fever patient is not when they are running a high fever, but after the fever fades and the patient feels tired,” Dr Bancha warned.

As part of their efforts to protect the people of Phuket from Dengue fever, the PPHO did check-ups on about 15,000 students in Phuket schools. About 900 students out of the 15,000 were found to be suffering from a fever and urged to see a doctor immediately.

So far this year there have been 1,061 reported cases of Dengue Fever in Phuket, with 462 cases in the Muang district. Thalang had 30 less cases reported for a total of 432, and Kathu had only 167 reported cases this year.

“I have asked all doctors on Phuket to check for Dengue Fever when they encounter a patient with a fever,” said Dr Bancha.

Case of mistaken identity causes drug dealer to give up drugs, submachine gun