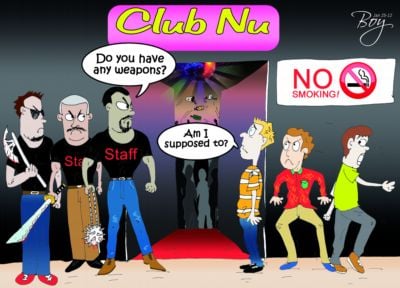 Governor Tri Augkaradacha is correct in his reaction to the impacts of the assassination earlier this month of investigative reporter Wisut “Ae Inside” Tangwitthayaporn and the inexplicable violence perpetrated against socialite Vorasit “Pla-wan” Issara at the Rachada pub.

Police investigators will no doubt continue to work with full intensity to ensure justice is served in both cases. The real key to restoring tourists’ perception of Phuket as a safe destination, however, lies in ensuring that all violent crimes are investigated, regardless of whether the victim is from a high-profile family, a reporter, a backpacking tourist, a beach vendor or an undocumented Burmese laborer – or even some poor unidentified soul.

Those among us who follow local news day-to-day know that the intensity of crime investigations in Phuket depends to a large degree on who was victimized, and, in some cases, who did the victimizing.

Crimes perpetrated against foreign tourists from Europe and other important tourist source markets are more thoroughly investigated than crimes carried out against foreigners from Burma, Cambodia or Laos, for example.

This sad status quo will be difficult to redress, especially considering that the bias is so deeply ingrained in the system that government officials even employ different words for different “classes” of non-Thais, with Europeans and East Asians referred to as khon tang chart (“people from other nations”) while foreign laborers and their compatriots are grouped together under the less distinguished term khon tang daow, which roughly translates as “outsiders”.

Another key to restoring confidence in Phuket would be a real crackdown on weapons violations, including, but not limited to, firearms.

The bevy of weapons kept on the premises of the Rachada pub, including an axe fashioned from a razor-sharp motorbike brake rotor, indicates the extent to which the implements of violence surround us. This is especially so in nightclubs where people are drinking and, in many cases, high on drugs, most notably ya bah (methamphetamine).

Allowing this to continue makes about as much sense as putting hammers and blocks of wood in front of beer bars so punters who lack the mental capacity to play Connect Four can bang nails with bargirls.

Finally, and at the expense of sounding like a broken record, providing residents and tourists alike with a safe and affordable public transport system is critical. This would cut down on road rage, the never-ending stream of violent incidents between taxi/tuk-tuk drivers and their customers, primarily tourists.