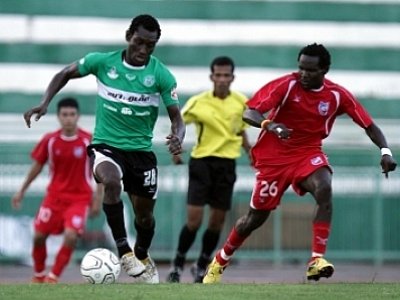 PHUKET: FC Phuket will be going all-out for three points tomorrow at Surakul Stadium, where they take on JW Rangsit FC in a Thai League Division 1 match starting at 6pm.

The Southern Sea Kirin, who sit in sixth place after the third week of the season, will be trying for their second win.

Both sides are playing in their first season in Division 1 of the Thai league.

JW Rangsit are only in their second year, having been promoted after taking second place in their first season in the Bangkok Regional League in 2010.

The team is affiliated with Rangsit University, located in Bangkok’s Don Meuang District, and is funded by JW Real Estate Co Ltd.

A team spokesman told the Phuket Gazette that a contingent of about 50 Rangsit supporters have traveled to support the team, which is still without a nickname. JW Rangsit, which comes into the match ‘winless’ with just two points on two draws, is coached by Kawing “Toey” Kachaidecha.

The Gazette would like to remind readers that the match will be played tomorrow, not Sunday as was reported (based on incorrect information) in the Phuket Gazette newspaper on sale at newsstands now.

The newspaper also has an exclusive update on the recovery of stricken FC Phuket star Camara Ahmed, who suffered a near-fatal cardiac arrest during a match at Surakul Stadium last October.

Camara Ahmed, who has yet to regain the ability to speak, is now under the care of his brother, Camara Lancina, in Phuket.