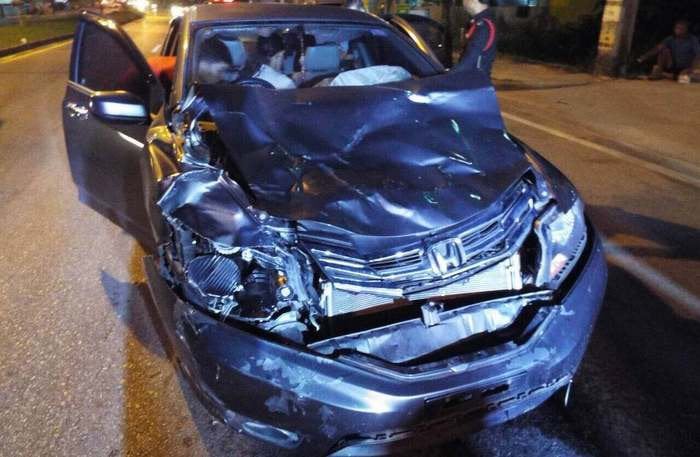 PHUKET: A woman escaped serious injury after her car collided with a cow in Thalang this morning.

Thanyaluck Plongnirat, 26, was heading to the airport at about 5am when the accident occurred, Lt Kraisorn Boonprasop of the Thalang Police told the Phuket Gazette.

“I was on my way to catch a flight when I saw a shadow try to pass in front of me out of nowhere. I tried to brake but couldn’t stop in time. Unfortunately, the cow died,” Ms Thanyaluck told police.

The bovicide caused serious damage to the front of the car, but only minor injuries to Ms Thanyaluck’s leg.

“The cow had probably wandered off from its group, but we don’t know who the owner is. This person has to take responsibility for the damage to the vehicle,” Lt Kraisorn said.

The cow has since been taken to Thalang Police Station to be claimed. However, if no one steps forward as the owner, Ms Thanyaluck will have the right to do whatever she wishes with the cow.