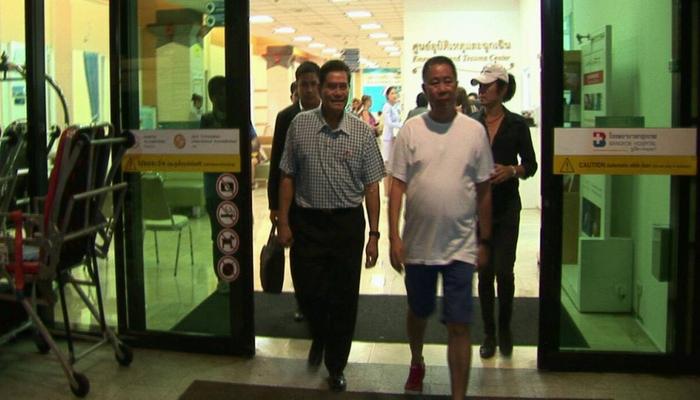 PHUKET: Former Deputy Prime Minister Pracha Promnok has shot down rumors that he had a stroke after Phuket locals saw him rushed into the emergency room of Bangkok Hospital Phuket last night.

Gen Pracha was taken to the hospital at about 7:30pm after he passed out on his yacht near Naka Island, off the east coast of Phuket.

“I had an allergic reaction to something I ate and fell unconscious. I did not have a stroke, that was just a rumor,” Gen Pracha told the press this morning.

The former deputy prime minister, one of nine Cabinet ministers ousted by the Constitutional Court on Wednesday (story here), explained that he has a villa in the Chalong area and was on holiday in Phuket when the accident happened.

“I took a flight back home to Bangkok so I can rest and recover at home. I feel much better now,” he said.

“He is now safe and has been discharged from the hospital so he can recover at home,” Dr Piriya said.

Energy Ministry asks Phuket to save power ‘just in case’