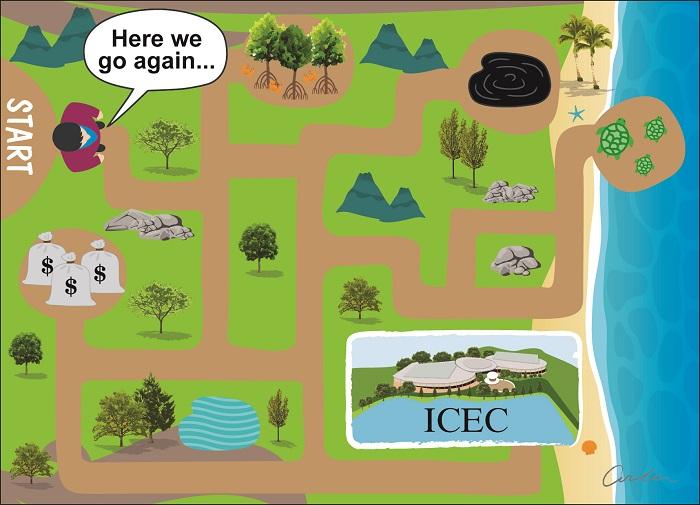 PHUKET: With the terms of the highly-trumpeted Asean Economic Community (AEC) to take effect in just days, Phuket is really no closer to having a world-class international conference and exhibition center (ICEC) than it was a few decades back when the idea was first bruited.

Long-term Phuket Gazette readers know very well the winding and confusing history of the island’s ICEC project – the endless studies, plans and even a vote on where such a facility should be located in the province.

However, each time the island comes closer to actually realizing the dream, the greater the disappointment when the vision is dashed at the last minute – almost always due to a change of power at the top in Bangkok.

Additionally, local power struggles among the island’s wealthiest land-owning families have also been a considerable hindrance in deciding on an appropriate site for such a complex. Each family naturally has wanted the facility to be in an area near their own landholdings or other assets.

Past efforts to choose an appropriate site at the local level simply ‘timed out’ when one of Thailand’s past governments lost power and everything had to be ‘restarted’ from scratch, much to the pleasure of the next group of consultants and their paymasters in government.

Conjecture about, and reporting of, the ICEC in all its many manifestations has been a regular staple of local news dating back as long as most of us can remember.

That all ended in 2012, when the government of Yingluck Shinawatra cited concerns over sea turtles and mangrove forests as its justification of pulling the plug on the Democrat Party’s already-approved 2.6-billion-baht facility in Mai Khao. It was such a staggering blow that it seemed to knock the ICEC concept out of the news cycle altogether. We were in denial; it was still ‘too soon’.

But as the saying goes, ‘hope springs eternal’ and Phuket’s staggering growth in recent years makes the lack of an ICEC more glaring with each passing year.

It’s interesting that the re-emergence of the ICEC concept comes at this time of hope and gift-giving across the world, but unfortunately, Santa Claus and crew don’t have room to slide megaprojects under Christmas trees or into red envelopes.

It is time to start thinking about an ICEC once again, but in doing so, it feels to us more like Groundhog Day than Christmas.

A Decade Ago: One year after the tsunami