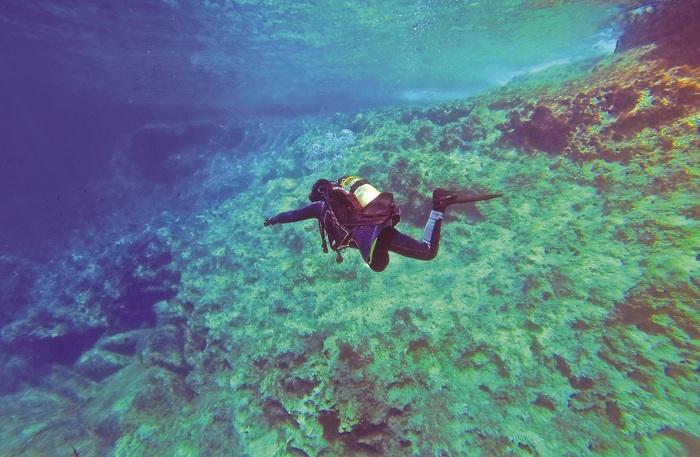 PHUKET: 2015 has been an ‘interesting’ year tourism-wise for Phuket, and, in my opinion, will go down in history as the one when Phuket’s visitor demographics shifted seismically. The ‘Asian Century’ is truly here.

In Phuket’s marine world, the number of people out on the water, enjoying the island and its marine treasures, is at an all time high, thanks mainly to the number of Chinese visiting Phuket. But, with this comes added pressure. I covered this in my last column so won’t dwell on it again here, but let’s take a whistle-stop flashback tour of 2015 with regards to Phuket marine tourism, along with some of the key issues.

Thailand’s marine safety record is not the best in the world. It is far better than the country’s road safety record, however, but it’s still far from where it needs to be. Boat accidents, fires, sinkings, tourist injuries and even death – these sorts of headlines have been seen regularly. That said, I believe there has been, for the first time in my nearly twenty years on this island, a genuine safety effort from the powers-that-be. There’s still much more that needs to improve in the safety aspects of marine tourism and commercial marine industries but let’s hope this trend from authorities to try and address the issues continues into 2016 and picks up pace.

There have been lots of headlines on jet skis in Phuket this year and the Phuket Gazette has covered the issues case-by-case, as the legality of this industry seems paper-thin at best. In principle, a jet-ski is fine when in the right place and used properly. The issues are with the beach-based jet skis, their ‘owners’ and the users. Noise, nuisance and safety are the issues that will not be addressed. Clearly this is the responsibility of the Phuket Marine Chief, who has said on many occasions that there is ‘no problem’; that he’s ‘never received a complaint’; and my favorite, ‘this is their last warning’ (again). Or words to that effect.

If you missed the recent announcement: the Phuket Marine Chief has now been appointed Acting Director of the Marine Office Region Five covering Phuket, Phang Nga, Krabi, Trang, Ranong and Satun. With Phang Nga and Krabi currently ‘no jet-ski zones’. I have a heavy heart for their future.

Lots of buzz has been created about the 12-month superyacht charter licence. I haven’t heard anyone against it in principle, and in my opinion it is a positive step by central government. However, there’s still a long way to go to make the charter license a practical reality, and the magnet we all want to attract superyachts to come and charter here.

While the superyachts have got the ‘suits’ in Bangkok excited, perhaps it has deflected attention away from other parts of the industry. There are many areas in which the government can help and support Thailand’s marine industry and contribute to its growth. What is needed is a long-term vision that goes beyond vested interests and encompasses the entire industry.

From sailors to snorkellers, charterers, day-trippers and divers, all of them put pressure on the Andaman’s marine environment, yet there is little attention given to conservation or preservation of the marine ecosystem which attracts millions of visitors to Phuket each year. When will this change?

Putting that into perspective, land environments, protected or otherwise, receive scant environmental protection as well. It’s time the natural environment made it onto a priority list of central and local governments rather than remain rhetoric.

These are just a few of the hot topics in Phuket and Thailand’s marine industry this year, there are many more and no doubt there will be more in 2016. Top of my 2016 New Year’s wish list is for better dialogue between public and private sectors, which engages all stakeholders, no matter their size. All voices need to be heard.