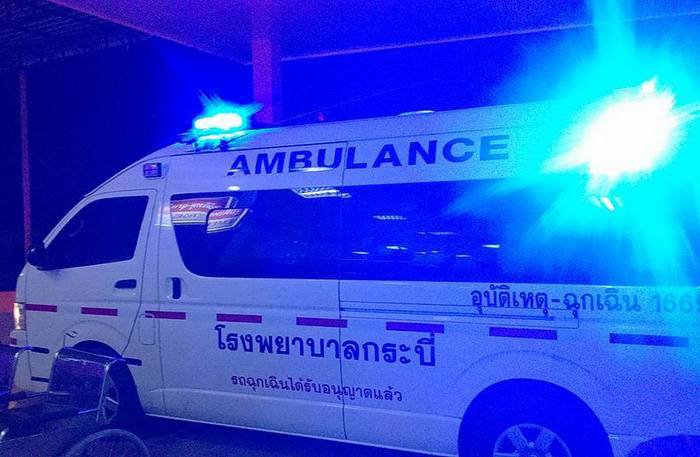 PHUKET: A Phuket rescue worker believes that the rioters who attacked Thalang Police Station and blockaded Thepkrasattri Road (story here) might have played a role in the death of a patient who was being transferred from a hospital in Krabi to a better equipped Phuket hospital.

“An ambulance from Krabi was blocked from going to Bangkok Hospital Phuket by the mob and had to reroute to Thalang Hospital. The nurse provided CPR [cardiopulmonary resuscitation] the entire time. However, the patient was pronounced dead on arrival,” A Sai, who declined to give his real name, stated in a Facebook post.

“His condition started to worsen when the ambulance arrived in Phuket. Though it is impossible to say one way or the other if the blockade led to the man’s death, the mob without a doubt delayed the patient from getting the care he needed,” Mr A said.

Phuket Governor Chamroen Tipayapongtada had yet to receive any information about the incident, but urged the family of the deceased to file a complaint.

“I have not seen any official report, but I am sorry for the family who lost their loved one,” Governor Chamroen said today.

“At this stage, we are in the process of identifying all violent members of the mob,” Gov Chamroen said. “Guilty parties will not be able to elude officials, because the entire event was recorded by CCTV and police cameras [story here].”

Violent Phuket rioters to be hunted down