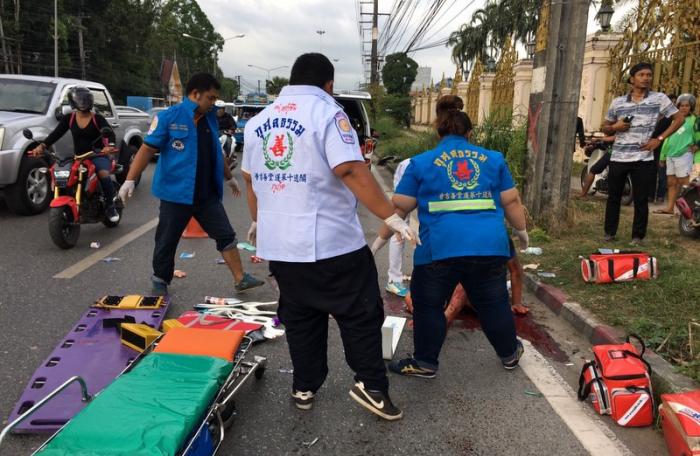 PHUKET: One tourist died and another was severely injured in a horrifying collision with a taxi, while riding their motorbike southbound on Thepkrasattri Road, in front of Baan Jee Teng this afternoon.

Part of the deceased’s foot was sliced off and was still attached to the bike, while he also suffered serious injuries to his neck and head.

The other tourist, who was conscious throughout the ordeal, has a broken leg among other injuries.The taxi driver sustained minor injuries.

The tourists’ nationalities have yet to be confirmed, while officials are investigating further to determine the cause of the crash.

Samkong Underpass to be closed for opening ceremony