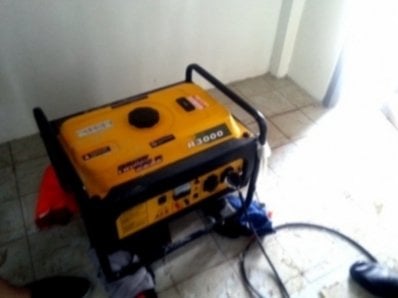 PHUKET: One Burmese laborer is dead and four others are still in hospital after they spent the night guarding a construction site property, including a running generator in a closed room, police say.

“Burmese told us that the five workers were ordered to stay in the office to look after equipment because items were being stolen,” said Lt Col Yongyuth Krongmalai of the Phuket City Police.

“We believe the five were afraid the generator would be stolen, so they kept it in the office while it was running,” Col Yongyuth added.

According to the police report, the generator was running in a room with no air circulation, and the windows and doors were closed.

Police believe that a buildup of toxic fumes from the generator killed the man and seriously injured the four others.

The office is on a condominium construction site in Baan Kuku on Rassada-anusorn Road.

“The office was divided into two rooms. The body of the dead man was found in the small room where the generator was located, which was turned off by the time police arrived,” Col Yongyuth said.

The men weren’t discovered until other workers arrived on site at about 8am, said Eakkachai Polsongkram, one of the laborers who was present at the discovery.

“We arrived for work at about 8am to start levelling the land. The five men were still ‘asleep’ in the two rooms in the office when we came,” Mr Eakkachai told the Phuket Gazette.

“After awhile, they still had not come outside, so we went back to the office to check on them. That’s when we saw vomit on the floor and I called the foreman to come and check the situation,” he explained.

Police received a report of the incident at about 10am, and believe that the one of the men died shortly before their arrival.

“All four of the workers appear to be getting better, but one of them is still on life support,” an officer at Vachira Phuket Hospital told the Gazette today.

“We are waiting for the test results for the toxic fumes to be returned from the Toxicology Center in Bangkok, so we will know exactly what caused the accident,” the officer added.

Police have yet to confirm the identities all five Burmese men involved in the accident.

Staff at the Vachira morgue confirmed to the Gazette that no one has contacted the hospital to claim the body of the dead man.