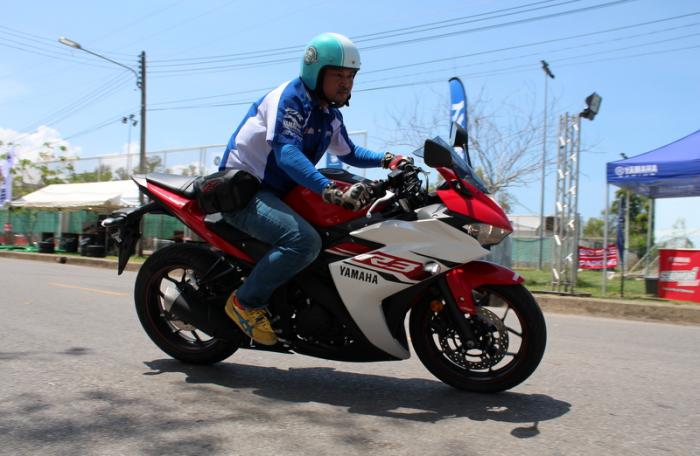 PHUKET: A specific driver’s licence for those wanting to mount a big bike is still in the works, officials told the Phuket Gazette yesterday.

“I know that there are ongoing discussions about the possibility of creating a separate driver’s licence for motorcycles with engines that are at least 400cc,” said Jaturong Kaewkasi, chief policy adviser at the Phuket Land Transport Office (PLTO). “However, nothing has been finalized yet.”

If implemented, the new licence would require drivers to be at least 18 years old and to have completed a training course from a qualified driving center.

According to a report in Kom Chad Luek last month, Police Traffic Division Deputy Commander Ekkarak Limsangkas noted that there has been a spike in big bike registrations with Land Transportation offices throughout the country, with riders’ ages ranging from 14 to 50 years.

“Most big bike accidents are caused by poor riding skills,” Col Ekkarak explained. “We are concerned about the number of teenagers buying big bikes.”

Currently, driver’s licences are issued for youth 15-17 years old to drive motorbikes with engines smaller than 150cc. Those wanting to drive bigger bikes must be at least 18 years old.

Col Ekkarak said he was worried that drivers were taking smaller bikes to the motorbike driving test, but then using larger motorcycles on the streets.

“Once they have obtained the driving licence, they use it for big bikes, which is very dangerous because riding the big ones requires completely different skills,” Col Ekkarak said.

Though discussions for separating big bike licences from regular licences have been in the works for more than a year, Col Ekkarak doesn’t expect the plan to come to fruition until the end of this year.