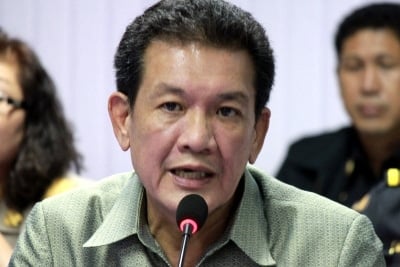 PHUKET: Illegal taxi drivers in key tourist areas in Phuket will have the chance to apply to become legal as part of the government’s campaign to resolve the decades-old problem of illegal drivers plying Phuket’s lucrative tourism trade.

Drivers and taxi rank operators in Kata and Karon will have from today, August 29, to Friday to register.

“We need to know the exact number of taxis to be registered in each area. Currently there are more than 500 registered ‘green plate’ taxis and about another 3,600 taxi drivers requesting registration,” said chief Teerayut.

“However, it’s likely that only about 1,800 of them will have the right to request registration. Those seeking registration must have their own taxis or already be working from a taxi rank,” he explained.

The news comes as a provincial task force assembled to tackle to growing problem of illegal taxi drivers moves to draw up a list of standard fares to be used by all taxis in Phuket.

“We are now in the process of collecting information on the taxi fares charged in different areas. After the list of fares has been compiled, it will be presented to the committee on September 14.

“If the committee approves the fares, they will be implemented thereafter,” said Chief Teerayut.

Other points discussed at the meeting included the standards of drivers’ attire and their manners.

Phuket Vice Governor Chamroen Tipayapongtada warned that after the illegal taxi issue was resolved, he will start work on the issues involving motorbike taxis and tuk-tuks.