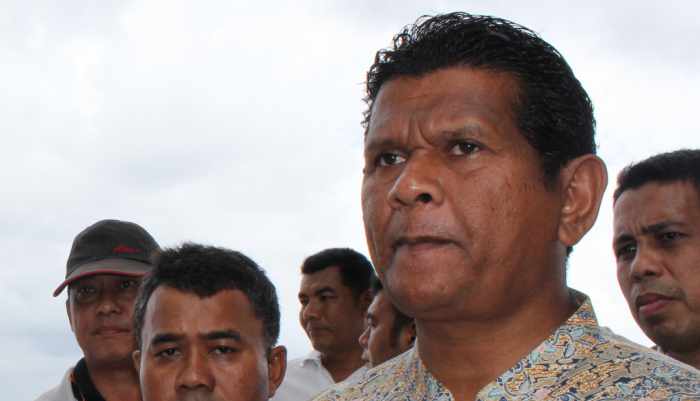 Phuket Vice Governor Chamroen Tipayapongtada and Cherng Talay Mayor Ma-ann Samran, supported by about 50 officers, informed the beach vendors of the deadline in the morning.

“More than 100 businesses are operating along the beachfronts at Surin, Bang Tao, Laypang and Layan beaches,” Mayor Ma-ann said.

“About 30 operators at Surin Beach, 40 at Laypang and 12 at Layan Beach have all accepted the order to move. However, the remainder have yet to agree.”

Vendors who refuse to comply with the eviction will have their premises torn down, warned Vice Governor Chamroen.

“They have seven days to move out. Those who do not will be prosecuted,” he added.

Vice Governor Chamroen said that similar forced evictions were likely to be rolled out at other beaches along Phuket’s west coast, including the popular tourist beaches of Nai Harn, Patong and Kamala.

“Finally, we should be able to return the beaches to their natural states for tourists from around the world to enjoy. We must do our best to impress our tourists,” he said.

Vice Governor Chamroen resolved to return Phuket’s beaches to the public last week and formed a team of officers to re-zone the beachfront in order to combat encroachment, starting with Kamala.

Under the campaign, beach vendors could have their shops torn down and face hefty fines of up to 500,000 baht, several years in jail, and payments of 10,000 baht per square meter of land if their establishments are found to be encroaching on the sands (story here).

Gun-toting Aussie re-arrested with drugs while on bail