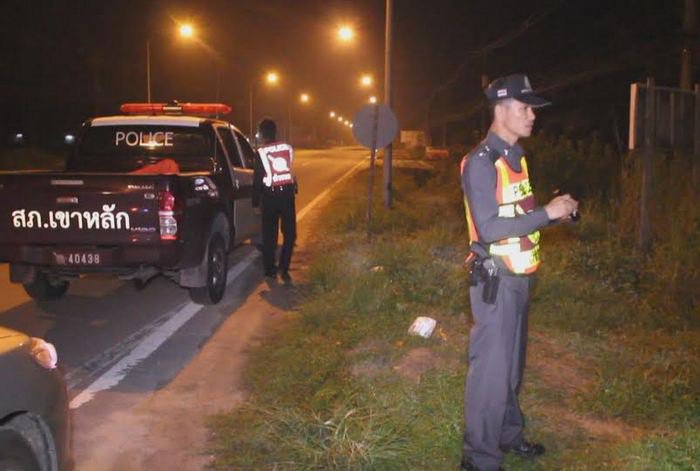 PHANG NGA: Officers were able to recover all 14 Rohingya women and children who escaped by a rope made of clothes from the second floor of the Phang Nga Shelter for Children and Families this morning.

The escaped refugees ranged from a 5-year-old boy and 7-year-old girl to women up to 32 years old.

“We received a reporter right after midnight that they had escaped,” Capt Siranat Saripat of the Khao Lak Police said. “We were told by witnesses that there was a van with no registration plates parked next to the shelter. Some refugees ran into the van, while others headed into the jungle.”

The two children and seven others hiding in the jungle nearby were quickly found by officers.

“Just this morning, we received a report that the five other women were spotted in a palm plantation nearby. We were able to collect them and return them to the shelter as well,” Cap Siranat said.

The women and children, attempting to get to Malaysia, were part of the 106 suspected Rohingya refuges found on Koh Ree in May (story here).

The escape attempt is cause for concern about the continuation of human smuggling and human trafficking in the area, said Capt Siranat.

“We will continue our investigation into the matter,” Capt Siranat confirmed.

In June 2013, a man accused of repeatedly raping a Rohingya woman he was allegedly to smuggle from the Phang Nga shelter to Malaysia was charged for rape and abduction (story here). The case ended up entangling Sen Sgt Maj Weerayuth Feuangfu of the Phang Nga Police, who was convicted of helping illegal immigrants enter the country, but also faced a possible conviction for allegedly violating Anti-Human Trafficking Act BE 2551 (story here).

Despite testimonial from the alleged rape victim, the case against Korlimula Ramahatu was dropped due to ‘insufficient evidence’ (story here).

In July that year, five Rohingya refugees escaped the same facility and were caught en-route to Bangkok (story here).

Several months earlier, overcrowding at the Phang Nga Shelter for Children and Family, which was housing more than 100 Rohingya refugees, became a cause of great concern, forcing the shelter’s director to have more than 50 of them transferred to a welfare center in Surat Thani (story here).

Despite the transfer, the Phang Nga shelter remained heavily overcrowded with 54 refugees.

Currently, there are 58 refugees being held at the center.

A Decade Ago: Reining back mediums as poo spreads