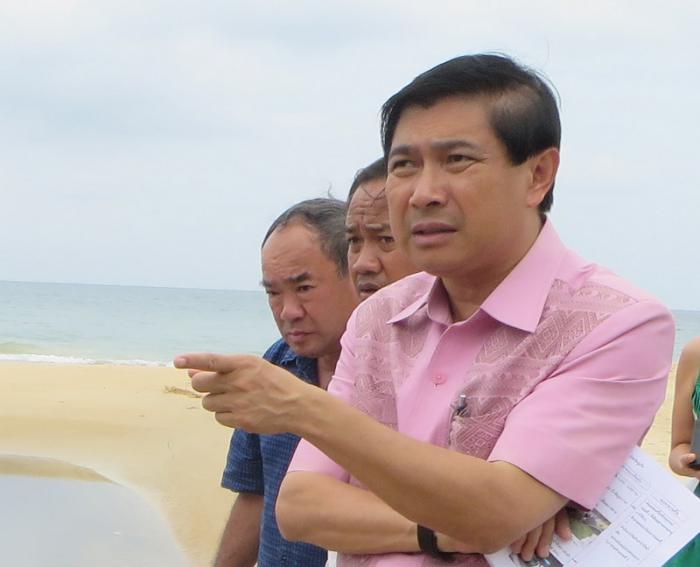 PHUKET: Extortion charges against the Chalong Police have led to a proposed inspection of every dive company and working instructor in Phuket.

Groups led by Phuket Employment Office staff will check the work permits of all 190 dive instructors working at the 114 dive companies on the island, Governor Maitri Inthusut said today. The immigration documents of customers will also be checked.

“There will be three groups, one to inspect each district. Besides ensuring that instructors have their documents in order, officers will also be recording the names of all foreign employees,” said Governor Maitri.

The investigation stems from events that occurred on March 10, when 20 foreign dive instructors were rounded up at Chalong Pier and taken to the Chalong Police station. At the station they were not charged for any crimes, but were asked for money (story here), according to the Association of Thailand for Underwater Sports (ATUS).

After divers filed a complaint with Gov Maitri, he ordered Chalong Police Superintendent Krittapas Dazintharasorn – who has denied any wrongdoing by officers – to file a written report by March 28 explaining what happened.

“That report was filed as required, and has been passed on to Prayong Preeyachitt, Secretary of the Public-sector Anti Corruption Commission (PACC),” Gov Maitri said.

Mr Prayong has promised a thorough investigation that will conclude with legal action against any officer found guilty of extortion (story here).

Gov Maitri noted that ambiguities in work definitions stated – in Thai only – in instructors’ work permits presented “holes” through which corruption could occur.

“We need to fill those holes by making the job definitions crystal clear,” he said.

No charges yet in Krabi boat collision case