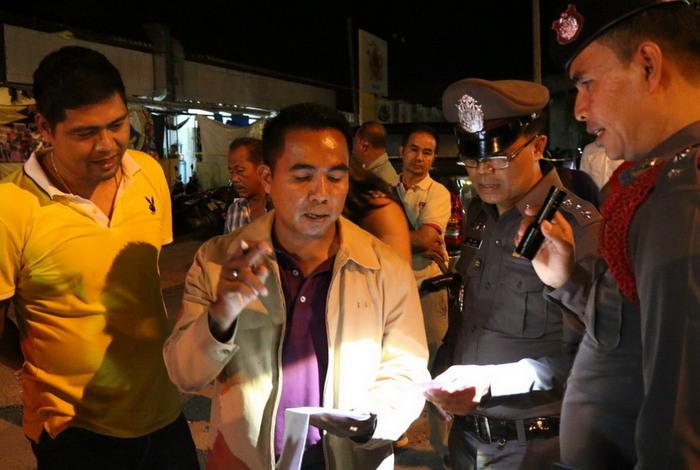 PHUKET: Two police officers are dead following an off-duty shootout in Phuket Town in the early hours of Saturday morning.

Col Peerayuth Karajedee of Phuket City Police reported that officers were arguing with each other outside the Huapan bar, near the Seahorse Circle in town.

According to witnesses, Kathu police officer Lance Corporal Wongsathorn Theparan, 21, visited the venue with four friends, on the evening of May 10.

“However, Lt Thammarong Suwannachatree of Phuket City Police and his two friends heard the gunshot, and sprinted out of Sau-Ueng restaurant,” Col Peerayuth told the Gazette.

“At the scene, L/C Wongsathorn’s Isuzu pickup truck was parked with three bullet holes in it. There was blood on the seat,” Col Peerayuth said.

“Lt Thamamrong was rushed to Vachira Hospital Phuket, but died soon after arrival due to massive blood loss from three bullet wounds in his torso.

L/C Wongsathorn, who was also sent to Vachira Hospital with gunshot wounds to his torso, died about 12 hours later, around 12:40pm on Saturday.

Sgt Maj Nantachai was treated for minor injuries sustained in the scuffle.