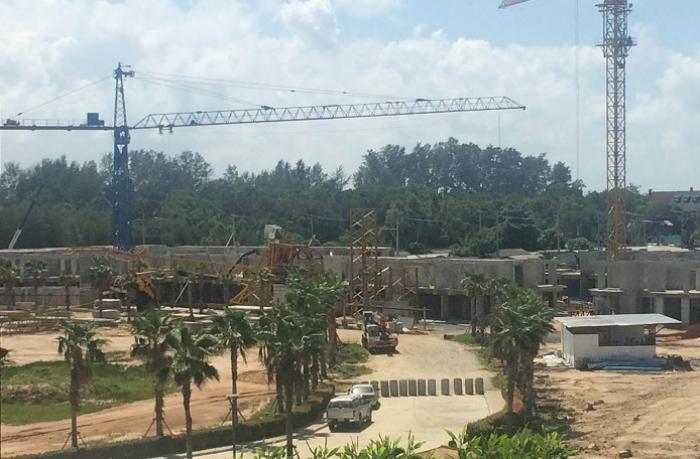 PHUKET: Police have ordered a halt to construction of an eight-story building near Phuket International Airport after a crane collapsed at the site yesterday, killing one construction worker and injuring three others. (story here)

The crane collapsed at 9:30am at the construction site of The Terminal Phuket condominium.

Sakoo police confirmed this morning that Mr Nikorn Tabtawee, 30, from Nakhon Sawan province, died at the scene after being crushed by the crane.

The injured were taken to Vachira hospital.

The cause of the crane collapse is still unclear, Sakoo Police Lt Tanakarn Aunratsamee told the Phuket Gazette. “Kritsana Crane Company and the developer, Phuket Sirinath Property, have been ordered to halt constructions while investigations are underway.