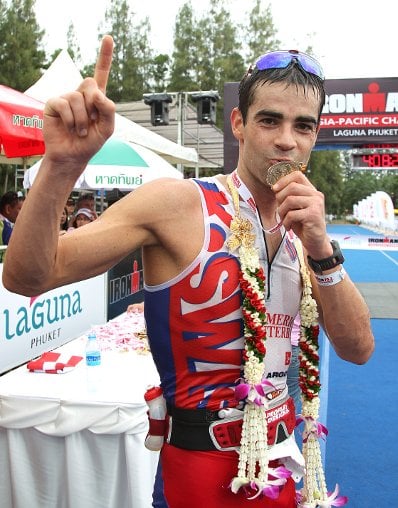 The American, whose impressive 2010 season included the Ironman 70.3 Florida title, was first out of the water from the 1.9km swim in 24 minutes 34 seconds.

“This was my first time to race in Phuket and this is a truly world-class event,” said O’Donnell.

“The bike course was unbelievable with some really tough hills, but all the support from the spectators really got me pumped up. I’d done my homework on the bridge bike dismount; I had a plan to get across fast and efficiently, and it worked.”

Ironman World Championship runner-up in Hawaii, Steffen today battled with 13-time Ironman champion and last weekend’s Laguna Phuket winner Belinda Granger on the steep inclines of the bike course, before pulling away from the Australian to lead entering the run.

She then proved too strong for the chasing pack, finishing nearly five minutes ahead of nearest rival Melissa Rollison of Australia, who overhauled Granger on the run.

Rollison finished second in 4:24:53, and Granger held off a late challenge from fellow Australian Michelle Wu to take third place in 4:30:49.