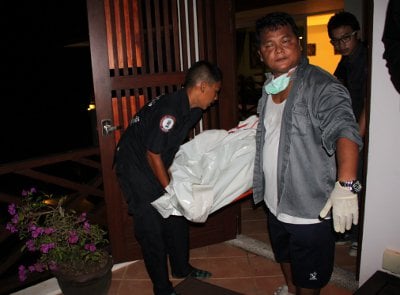 PHUKET: A Russian national, but born in North Korea, was found dead in his rented Phuket apartment room this evening.

The unclothed body of the man, 46, was found face-up on the floor by the apartment owner after she unlocked the room to access the air-conditioning unit.

“I knocked on his door and asked for him to open up for me and the air-conditioning repairmen. He didn’t answer, so I unlocked his door,” Kanchana Navamachit explained.

The last time Ms Kanchana had seen the Russian national was about a week ago, she told the Phuket Gazette.

A forensic team arrived at the scene an hour later, but found no wounds on the body or obvious cause of death, said Capt Chianchai.

Police believe the man had died several days before his body was discovered.

Ms Kachana confirmed to police that the man had moved to Phuket about a month ago, signed a one-year lease and was living alone.

“He was living alone, but many people visited him,” she explained.

Police are attempting to contact the man’s son, who reportedly lives in Phuket, Capt Chianchai said.