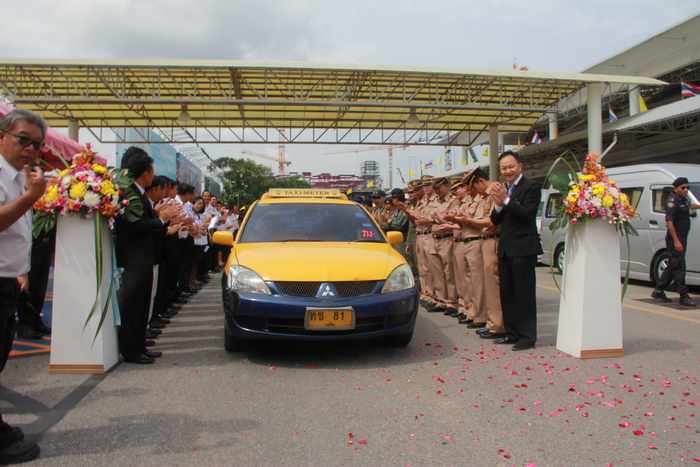 “We are already planning a hotline, as well as a call service at the airport, but at the moment the number of taxis is just too small to make it viable,” Mr Terayout said.

“We believe that about 1,400 operating metered taxis should be enough to cover all of Phuket.”

However, the island is a long way away from achieving the PLTO’s goal. Though there are 280 registered metered-taxis drivers, more than half still need to have their vehicles approved before they can begin operating, Mr Terayout explained.

“Now is the age of the officially-endorsed roaming metered taxi, but until all the cars have been approved, only 139 will be able to operate,” Mr Terayout said.