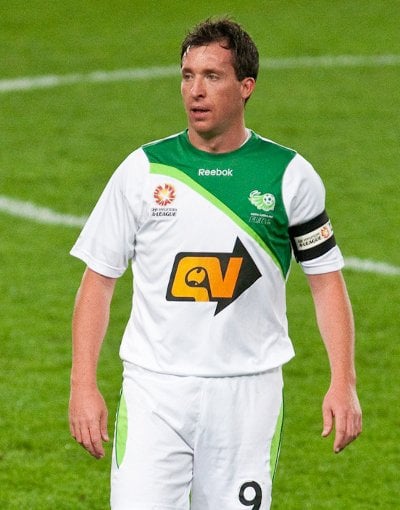 PHUKET SPORTS: Former Liverpool FC star Robbie Fowler is in Bangkok this weekend playing in the Tesco Lotus Masters football sevens tournament, which includes teams from Asia, Europe and a selection from Phuket.

Known as “God” to the Liverpool faithful, Fowler joins other ex-professionals such as Lee Sharpe and Ian Rush at Patana International School in Bangkok for the annual three-day tournament organized by the British Chamber of Commerce.

Fowler is returning to England after two years in Australia, having decided not to renew his contract with Perth Glory FC.

The 36-year-old stated his reason for leaving Australia was primarily to help stabilize his family while concentrating on attaining his coaching awards.

A career in football management is the goal of the former England striker who has 26 international caps to his name.

He has been involved with coaching at Bury FC, recently promoted to England’s League One, and the Milton Keynes Dons, also in the same division.

Perth Chairman Tony Sage was reported as saying he was disappointed, but that Fowler’s contribution to Perth football had been invaluable and that he would always be welcome at the club.