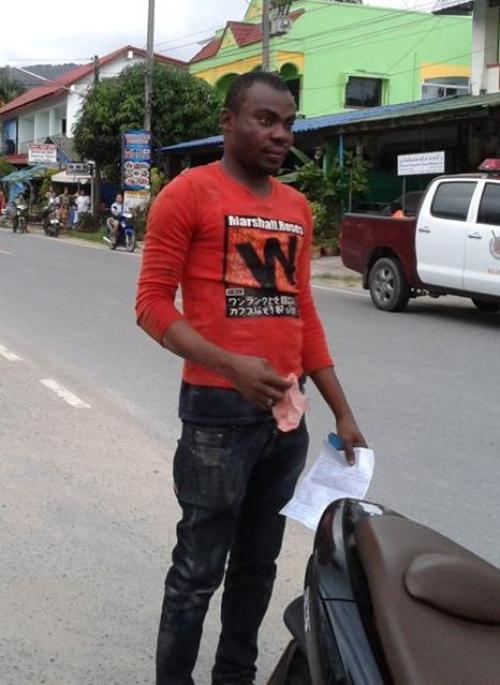 PHUKET: A Nigerian tourist was attacked and robbed at about 6pm yesterday by two men of Caucasian appearance.

Police found Collins Ugwoeluchukwu, 26, with a bruised face near Phuket Fantasea in Kamala.

Mr Ugwoeluchukwu was taken to the police station for further questioning and provided with first aid.

He told police that while he was riding his motorbike, a pick-up truck cut in front of him, and two men got out and attacked him. Then they took his motorbike, said Chamnan Yousuk of the Kamala Police.

“Police questioned witnesses, who said that they saw a black four-door Toyota Vigo pick-up truck cut in front of the victim and two white-skinned foreigners get out of the vehicle to attack Mr Ugwoeluchukwu. They also took away his bike,” he said.

Mr Ugwoeluchukwu, who is renting a condo in Cherng Talay, told police that he did not know the men and said, “I do not have problems with anybody.”

“We swiftly radioed police across the island to stop any black pick-up trucks, as we are now urgently searching for the two suspects,” Lt Col Somnurk added.