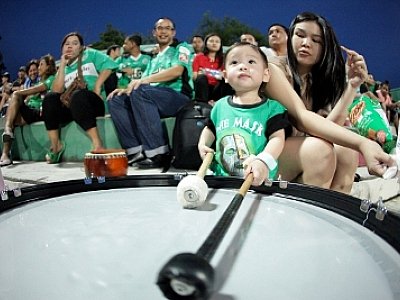 PHUKET: FC Phuket have signed goalkeeper Jonathan Matijas from France and have their eyes on other foreign players, the team has announced.

FC Phuket General Manager Ahsin Arammethapongsa this morning confirmed the club has signed an agreement with Matijas, a tall 21-year-old from Nice who comes from Amiens SC in the French Ligue 2.

Matijas will join Phuket at the start of the second half of the season, said Ahsin.

The club is also in talks with a French forward now playing in the Swiss second division, according to reports.

They take on Songkhla FC in a “must win” league match tonight, then host BBCU in Toyota League Cup play on Wednesday.

Ahsin this morning described tonight’s Division 1 showdown as critical for the team, who recently rebounded from two successive home losses with a 4-1 win over Chainat FC and recorded their first away win of the year with a 1-0 result in cup play.

Songkhla, who have already won three away games in division play, would love to claim their fourth tonight, along with bragging rights as the best team in Southern Thailand.

But FC are pumped up for the match and a large crowd is expected, with people all over the island spotted wearing their trademark FC Phuket shirts this morning.

Mr Ahsin said he expects about 200 fans to make the journey from Songkhla to cheer the visiting side, joining hundreds more of Phuket-based Songkhla natives living and working on the island.

The weather could be a crucial factor. As usual at this time of year, the Thai Meteorological Department forecast for the 24-hour period starting at noon today notes a “rather strong” Southwest monsoon prevailing over the region and calls for widely scattered thundershowers covering 30 per cent of the region.

Tonight’s match, which kicks off at 6pm, is a make-up for the originally scheduled match in March that was postponed due to regional flooding.

In the only other Division 1 matches this weekend, RBAC will host Bangkok United today and JW Rangsit will host PTT Rayong tomorrow.