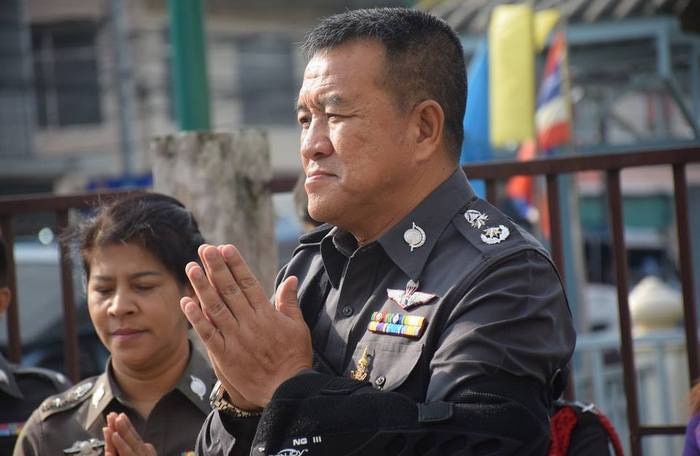 PHUKET: The new Region 8 police commander arrived on the island yesterday and has vowed to tackle crime as well as support the region’s tourism.

“What I aim to concentrate on is crime suppression, violent criminals, drugs and human trafficking. At the same time, I will support tourism, as we know there are so many tourist attractions on the island,” Lt Gen Tesa Siriwato told the Phuket Gazette.

Gen Tesa declined to comment further, saying he needed more time to acquaint himself with his new position.

Before taking over as Region 8’s police commander, Gen Tesa was a liaison officer for the National Security Council.

Meanwhile, Region 8 Police Commander Decha Budnampeth has been transferred to command the Royal Thai Police Office of Budget and Finance.

The Region 8 Headquarters was officially opened on September 11.

The opening ceremony was chaired by former National Police Chief Gen Somyos Pumpanmuang who announced that a Royal Thai Police rescue helicopter would be stationed here to help boost tourists’ confidence in their safety while visiting Phuket, Phang Nga and Krabi (story here).