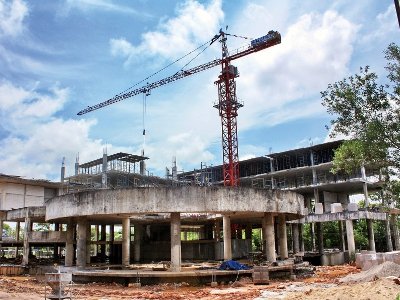 PHUKET: A new private hospital under construction in Krabi Town has prompted talk among local residents of less reliance on medical facilities in Phuket.

The 120-bed facility, under construction by Krabi Nakharin Company, will be located on Pisalpop Road.

The management company has links with, but is independent from, the group that runs the 135-bed Nakharin Hospital in Nakhon Sri Thammarat.

Work is scheduled for completion in June, 2011.

Many Krabi residents currently travel to Phuket for advice on or treatment of major health problems. Many seek treatment at either Phuket International Hospital or Bangkok Hospital Phuket.

In a related development, the Bangkok Hospital Group is reported to have signed a Memorandum of Understanding to open a clinic at the site of the new Port Takola Marina in Ao Nang.

The developers hope the clinic will eventually grow into a small hospital to accommodate expected growth at the marina and other residential developments in the area.

The land plot selected is reportedly 10 rai, enough to accommodate such an expansion.

In other Krabi property news, a new four-story retail complex is under construction on Utarakit Road in Krabi Town.

A row of old shop-houses in the riverfront location were cleared to make way for the development which will be called City Plaza.

Many local residents had speculated that the construction would be a retail project by the Central Group, which is widely rumored to be interested in opening a retail complex in Krabi.