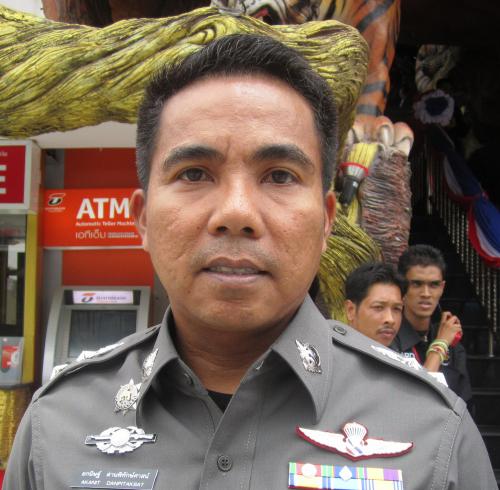 PHUKET: Gun owners with permission to carry their weapons in public may no longer do so in tourist areas, it was announced on Tuesday.

The order issued by the Royal Thai Police applies nationwide and is part of an ongoing effort to improve tourist safety.

Carrying guns in tourist areas or in areas where crowds gather is no longer allowed, Patong Police Deputy Superintendent Akanit Danpitaksat said, adding that plain clothes officers would be looking for firearms carried in public.

The penalty for breaking the new law is a fine of up to 10,000 baht, five years in prison or both.

“The only exception to the law will be cases where the gun owner can prove that he had a good reason for carrying the gun,” Lt Col Akanit explained.

“If someone has to carry a lot of money or is being threatened by someone, than carrying a gun may be permissible,” Col Akanit said.

It was also announced that entertainment venue security staff who face problems with customers must contact the police to solve the problem instead of dealing with it on their own.

“Tourists in Phuket have complained many times about being threatened or attacked by bodyguards or security personnel at entertainment venues,” Col Akanit said.

“They must not attack tourists,” he warned.

“If we receive a report of a guard attacking a tourist, we will charge him for assault, which carries a fine of up to 4,000 baht, two years in prison or both,” he said.

The prohibition against attacking tourists mirrored an announcement yesterday by Deputy President of the Phuket Jet-Ski Club Nucha Petchvimol, who said, “Operators are now under strict rules to just call the police [if conflicts arise], rather than trying to handle the situation themselves (story here).”