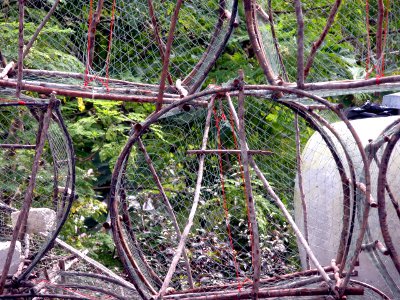 PHUKET: Compliance with a new crab trap regulation established in late June was highlighted as one of the hot topics for the Traditional Fishing Preservation Group meeting held yesterday in response to their letter of complaint filed with the Phuket Provincial Office.

The marine area extending 3,000 meters from the shoreline is protected by the Fishery Act, BE 2490, to provide fishing free areas for juvenile marine animals, explained Phuket Vice Governor Somkiet Sangkaosuttirak, who chaired the meeting.

“We often send officers out to patrol coastal areas. Although we enforce the law strictly, I believe that some fishing boats still attempt to fish within the preserved area,” said V/Gov Somkiet.

Local fishermen were asked to keep an eye out for larger fishing vessels breaking the law.

“Whenever they see a commercial fishing boat in this area, they need to take a picture of the boat or write down its name,” explained Kavi Saranakomkul, chief of Phuket Provincial Fisheries Office. “Once they’ve done that they need to contact our office or the Coastal Fisheries Development Center and we will immediately dispatch an officer.”

Officers seized the traps and fined seven fishermen 2,500 baht each.

“They usually work at night as they know there are less patrols,” said Chief Charoen Aomanee of the Krabi Management Center, Andaman Sea Fisheries.

Success with the implementation of the new mandate in Phuket, however, has been more successful said, Mr Kavi.

“We informed the fishermen in the Phuket area about the modification to crab trap specifications through several channels… it has been successful so far,” Mr Kavi said.

The information was also passed to the crab trap manufacturers in Nakhon Sri Thammarat, in order for the necessary changes to be made at the factory.

“Now that we are aware of the problems, I would like all concerned parties to follow up with solutions. We will hold another meeting to report everyone’s progress,” V/Gov Somkiet said.

Phuket lifeguards save 333 swimmers after return to beaches