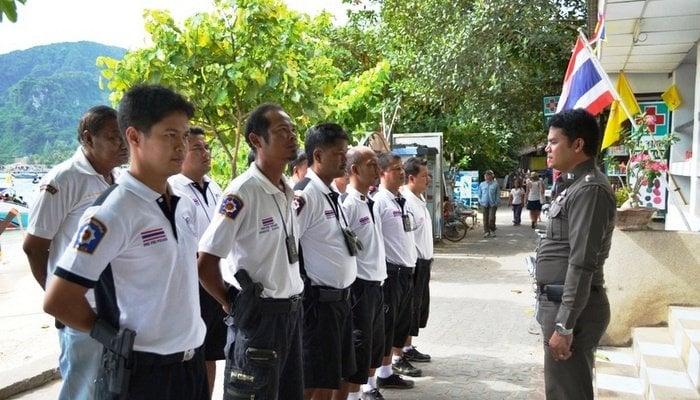 PHUKET: Construction of a new police station in the Phi Phi archipelago is expected to go ahead this April, Krabi City’s top cop confirmed yesterday.

The ‘well-equipped and better-staffed’ station will be located on Phi Phi Don, the largest and most heavily populated of the islands – all of which come under the administration of Krabi province.

“We have already chosen a location for the station, on a five-rai plot of land about 1 kilometer from the old one. However, it’s on land that belongs to the Royal Forest Department [RFD], so we cannot move forward with construction until we receive permission from them to use it,” said Krabi City Police Superintendent Sompong Thipa-arpakul, adding that he expected an answer from the department next month.

The new station would be a big improvement on the island’s current station, Col Sompong said.

“Right now we only have 12 full-time officers working at the old station, but Bangkok [Royal Thai Police] headquarters has already approved 40 new officers to be stationed here, once construction of the new station is complete,” he said.

Col Sompong said that the new station is necessary to cope with the growing workload of cases resulting from the rising number of tourists and immigrant workers. as well as Phi Phi’s growing local population.

“The current station is just too small to cope with the more than 5,000 residents and 10,000 tourists that visit every day,” he said.

“With 40 more police officers, security will improve, leading to a safer, better quality of life for residents and tourists alike.”

Lt Col Danai Niyomdecha of the Krabi City Police, who has been assigned to oversee the station’s construction, said that the budget for the building had yet to be approved.

“Once we have been given permission by the RFD to use the five-rai land plot, the budget for its construction will be finalized, but that’s up to headquarters in Bangkok – I cannot say what it will be,” Col Danai said.

“Construction should begin in April, once everything is ready. It will take about one year to complete the project.”

Phi Phi “aquarium in the wild’ ordered to close