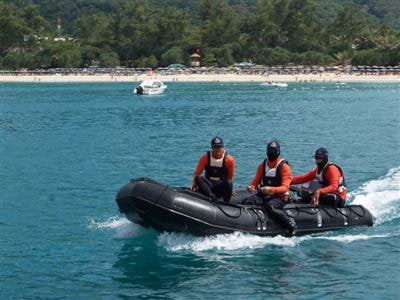 PHUKET CITY: The Phuket Provincial Administration Organization (PPAO) wants to improve the provincial lifeguard service and have a new contractor running it by the start of the new year.

Lifeguard services ended on November 18 with the expiration of a five-month contract awarded to service provider LP Laikhum Company in mid-June.

The PPAO is still waiting for the firm to return all of the PPAO-owned equipment it was issued under the contract, a source at the PPAO’s procurement division said.

The PPAO would like to find a new firm to take over the new contract, which it hopes to have signed by the year’s end. An expansion in the number of lifeguards from 67 to 83 is planned, the source said.

Managerial issues, not financial ones, were the root of the problem.

“The problem is the way they manage their team. They should work harder and co-operate in a better and friendlier manner with local groups, such as the jet-ski operators,” he said.

PPAO President Paiboon Upatising was earlier quoted as saying that calm seas in the high season made it safe for people to enter the sea without lifeguard protection at this time of the year.

Patong Deputy Mayor Chairat Sukhabaan agreed. He told Gazette he was not worried about the current lack of lifeguards because there is no heavy surf during the high season.

“Also we have told the jet-ski men to look after for tourists and provide them assistance if needed,” he said.

A source at LP Laikhum provided statistics showing the company’s staff had saved many lives during the five-month period.

Eight deaths were recorded in total; Karon being the deadliest beach with four fatalities, followed by Patong (2), Kata (1) and Surin (1), he said.

A high-ranking source in LP Laikhum’s management told the Gazette, “We don’t really make any profit from the contract. We just try to keep our staff employed and give them a chance to survive.”

Another problem is the equipment we are required to buy under the contract, some of which is not really useful. For example, we had to buy rubber rafts but we never used them. It would be better if we had jet-skis,” he said.

“It would be great if we could have more staff, especially at Karon Beach, where we only have 10 lifeguards but really need 16 to 20. We would also like to increase the number of guards at Patong Beach from 10 to 15,” he said.

Despite his reservations with the terms of the expired contract, the source said LP Laikhum would assess the new plans as soon as they were made available by the PPAO and intends to bid on the contract.

Phuket holds activities for the disabled