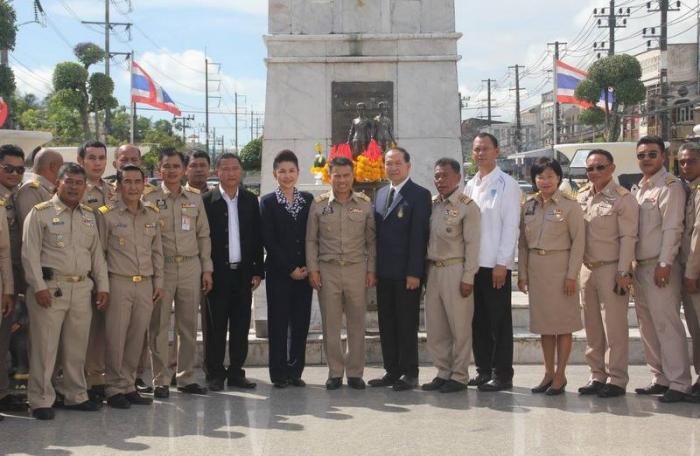 PHUKET: Newly-appointed Phuket Governor Norraphat Plodthong arrived in Phuket this morning, a week after ex-Governor Chokchai Dejamornthan’s transfer was announced by the National Council for Peace and Order (story here).

Governor Norraphat visited Wat Phra Thong, or the ‘Temple of the Golden Buddha’, and paid his respects at the Heroines’ Monument before arriving at Provincial Hall.

“I will also continue to focus on the tourism sector, waste management and overall security in Phuket,” he added.

Gov Norapphat said he will work toward helping Phuket maintain its identity, while following the government’s policy of ‘Strong together – No one left behind’.

“Several factors have to be well-coordinated in order to position Phuket as a sustainable international tourism destination,” he noted, adding that he would continue to work toward them.