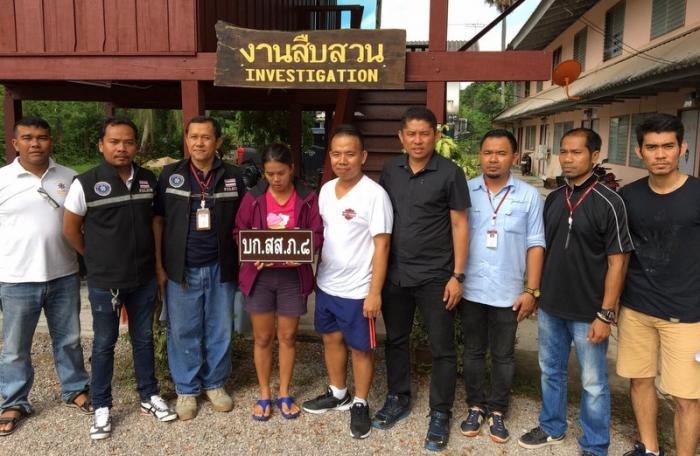 PHUKET: A Chiang Mai woman who stole items from two gold shops last month in Phuket was arrested this Saturday in Songkhla.

The woman had reportedly entered gold shops in Wichit and Talad Nue and was seen stealing items on CCTV footage before escaping (story here).

“The 28-year-old woman, Thivaporn Saksri, had escaped by car to a friend’s house in Songkhla Province,” said the colonel. “She confessed to both crimes, stating that she needed money urgently.”

She was charged with committing theft using a motor vehicle, and said she had already sold the stolen items.

One arrested, one on the run in B1.2mn Phuket drug bust