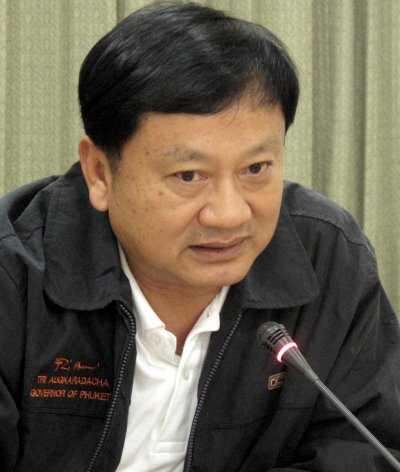 “The public should be informed officially that the road is finally finished and ready to use,” said Governor Tri Augkaradacha, who will preside over the ceremony.

However, the road will be closed to traffic from 3pm on December 24 to allow for the celebrations to take place near the Office of Primary Industries and Mines.

Anchalee Vanich-Thepabutr, Deputy Secretary of the Prime Minister’s Office, is expected to attend.

Although the full program of entertainment to take place on the street on the day has yet to be confirmed, a choir and band from Plukpanya Municipal School have been earmarked to perform.

Governor Tri also said he would like to see the road become a “walking street” in the future, possibly with street vendors, in order to make the street another attraction for Phuket Town residents to enjoy.

“The main point is to make this road become well-known to the public,” he added.