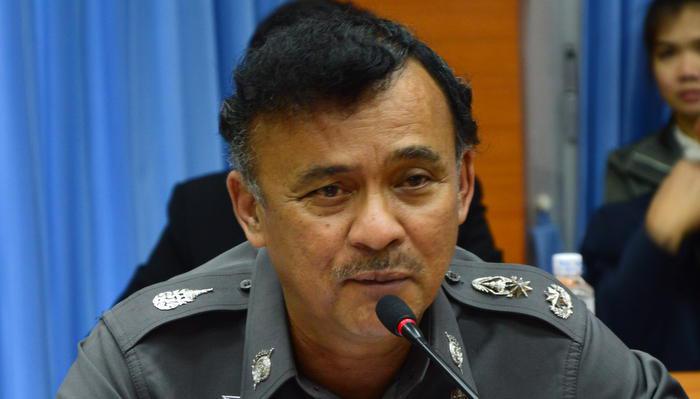 PHUKET: Navy security personnel have been ordered to accompany police patrols in Phuket to ensure peace is maintained.

“You may see officers at some locations, for example, at the airport,” Capt Petcharat Teanjan, Deputy Director of the Civil Affairs Division at the Third Naval Area Command, told the Phuket Gazette this morning.

“There’s no reason to be concerned,” Capt Petcharat added. “Please go about your lives normally.”

Capt Petcharat did not identify which other key areas in Phuket will be patrolled by security forces.

Regardless, he welcomed tourists to continue with their travel plans to Phuket as scheduled.

“We wish all tourists a good holiday here,” he said.

Pratuang Sornkham, Director of Phuket International Airport, confirmed that all flight schedules remained normal and that the airport had yet to experience any problems since the coup was announced yesterday (story here).

“We are operating our normal services as scheduled,” he said.

Mr Pratuang also confirmed that airline passengers were exempt from the nationwide curfew initiated last night, banning all unsanctioned travel within Thailand between 10pm and 5am (story here).

“It will be a video conference to learn about the policies under the coup, such as the curfew,” Maj GenOng-art said.

“Rules and regulations, and how they apply to tourist destinations, should be made clear at the conference,” he said.